Photo by dole777 on Unsplash

As a society, we’ve come a long way in recent years when it comes to talking about mental health – but there remains so, so much more people need to learn.

The proof is in the Twitter discourse occurring this week about Kanye West‘s mental health. The artist, who in 2018 revealed he has bipolar disorder, held a rally in South Carolina over the weekend where he made a series of concerning comments about slavery and abortion.

He has since posted a string of tweets, some of them seemingly addressing his family’s concern over his emotional well-being. West said his wife, Kim Kardashian West, and mother-in-law Kris Jenner “tried to fly in with 2 doctors to 51/50 me” (referring to the law for the temporary and involuntary psychiatric hold of individuals who present a danger to themselves or others due to signs of mental illness.) That tweet and many others have since been deleted.

West isn’t the only celebrity whose mental health has become a matter of public discussion lately. People also continue to speculate about Britney Spears‘ well-being on her Instagram posts, where many users in comments continuously hurl insults about her mental health.

While many people – including celebrities – posted well-intentioned thoughts on social media about West and Spears, others took the opportunity to meme and joke about their behavior. Terms like “crazy” and “insane” are being thrown around.

The posts were uninformed at best, heartless and ignorant at worst.

The urge people have to post commentary on what’s happening in the world is a main reason Twitter, Instagram and other platforms exist. However, that impulse shouldn’t include a permission slip to be devoid of all compassion – especially when it comes to mental health. Belittling mental illness to a meme or a quip on Twitter doesn’t make you funny, it makes you a jerk.

An estimated 1 in 5 people experience a mental health condition in any one year (but given the global health crisis we’re in, who knows – there could be an uptick in that). The stigma surrounding mental illness, especially serious mental illnesses like bipolar disorder and schizophrenia, often prevents people from seeking proper help. Disparaging remarks about a celebrity’s mental state on social media only intensify that stigma.

So if you feel compelled to comment on a public figure’s mental health in the future (or anyone’s for that matter), here’s a guide to consider before posting:

“I want everyone to know that not all erratic behavior means there’s a mental health concern. And some folks who appear ‘fine’ are living with mental health diagnoses,” said Racine Henry, a therapist and owner of Sankofa Marriage and Family Therapy in New York.

“Sometimes people do things without rhyme or reason and that is literally human nature,” Henry continued. “If you’re going to speak on mental health without knowing the topic intimately, you’re in no position to judge a complete stranger, no matter how many of their records you’ve bought or how long you’ve followed them on Instagram.”

Most mental health professionals abide by the Goldwater Rule, which is an ethical standard designed to prevent therapists from diagnosing people who are not their patients, especially in the public. If these experts won’t make a conclusion about someone’s condition from afar, those just observing from outside of the mental health field shouldn’t either.

Not only that, you can be easily deceived by what you think you might be “witnessing,” Henry said.

“I want everyone to know that mental health diagnoses look very different than what you are assuming or even what you may have experienced personally or with someone you know,” Henry said. “It’s impossible to compare because the rules don’t apply across the board. Even when we make diagnoses as professionals, we rely on standard criteria but we also know people don’t fit neatly into categories.”

Words hold power. Using terms like “crazy,” “insane,” “overmedicated,” etc. in a casual manner can perpetuate negative stereotypes of mental illness. And those imprecise terms ignore the very real health problems someone might be experiencing.

“Labeling anyone is harmful because it minimizes and dismisses their pain. Even among mental health professionals, those words are taboo and problematic,” Henry said. “Part of the problem we have with mental health as a society is that we talk about it and treat it as though it’s not germane to our overall health and well-being.”

Learn from and lean on experts

“If you’re going to say something, do your research,” Henry said. “Better yet, listen to the actual professionals who have the training and experience to have the conversation.”

There are plenty of mental health professionals on social media who you can amplify during these types of conversations (here are a few accounts to start with). Educate yourself and your followers through their words and guidance.

Mental health issues are invisible illnesses that can affect anyone, including your friends, family and followers – whether or not you know it. So make comments like someone you love will read it. If you want to positively contribute to the conversation, try sharing mental health resources or stories about your own experiences. It also would be helpful to post crisis lines, guides on how to find affordable therapy or other outlets where people can get help.

In West’s case, some shifted the blame to Kardashian West for not getting him help or controlling the situation. Others chastised West for not accepting help.

“We need to stop placing blame on the people around them and the person in question, as well,” Henry said. “Mental illness is nobody’s fault and nobody can control another human being.”

If you can’t do any of the above, this is a good option. HuffPost editor Phil Lewis summed it up best:

When in doubt, log off, take care of your own mental health and be kind. 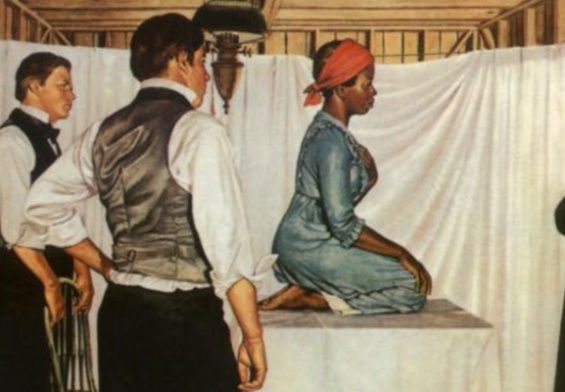