In cities around the world, temperatures could rise by more than 4℃ by 2100 under a high-emissions climate change scenario, suggests research published this week in Nature Climate Change.

It comes as the Bureau of Meteorology’s annual climate statement shows 2020 was Australia’s fourth-warmest year on record, despite being an “La Niña” year, which usually leads to cooler temperatures.

Cities occupy just 3% of Earth’s surface. As this portion of land is so small, they’ve typically been left out of most climate models, which generally make projections on global scales.

Yet more than half the world’s population live in urban environments (set to jump to 70% by 2050). This is why the researchers call for “multi-model projections” of local climates for cities.

In the study, the researchers say their predictions on climate will give “urban planners and decision-makers in any city […] access to city-specific projections for any planning horizon they need”.

It’s important these planning horizons include the cooling and shading provided by green infrastructure — the network of green spaces such as street trees and green walls — in urban areas.

For Australia, this means getting a national green infrastructure policy that provides for green spaces within our cities, open spaces and buildings to help with increasing density and rising global temperatures.

What the research found

Heat events, such as heatwaves, pose a significant health risk and can hit people harder in cities.

Cities are hotter than in surrounding regional areas due to “the urban heat island” effect, a result of heat created by all the densely packed people, vehicles and industries, and the heat retained among buildings and other infrastructure.

Cars, asphalt on roads, buildings and people, all densely packed together, are why cities are hotter than regional areas. Shutterstock

Despite having the highest population density, the researchers point out that urban areas aren’t often represented in the Coupled Model Intercomparison Project. This project is important because it informs the global authority on climate change (the International Panel on Climate Change).

So the research authors built a statistical model emulating a complex climate model with urban regions. And they estimate that, by the end of the century, average warming across global cities will increase by 1.9℃ under an intermediate emissions scenario, and 4.4℃ with high emissions.

They also predict that the heat index would increase faster than air temperature alone over almost all cities. “Heat index” refers to how hot the human body actually feels, a combination of relative humidity and air temperature. This would mean urban residents would experience higher heat stress.

While the research found most urban warming would occur in the northern hemisphere, Australian cities are also projected to continue to warm. But we need only look to the recent record-breaking years to realise climate change will result in more extremely hot days here.

2019 was Australia’s hottest (and driest) year on record. And today’s annual climate statement from the Bureau of Meteorology shows the highest temperature ever recorded in the Sydney Basin, at a whopping 48.9℃, occurred in 2020, on January 4. It also found the average national temperature for 2020 was 1.15℃ higher than normal.

These are nationwide findings, but how Australia manages climate in urban areas is particularly important as around 80% of population growth occurs in capital cities.

In fact, 2020 research found we’re increasingly facing more frequent and prolonged heatwaves that intensify urban heat islands in places such as Sydney, by raising inland temperatures by as much as 10℃ more than in coastal zones.

The best way to ensure our cities are kept cool is through greening urban spaces. Green spaces can be developed by planting trees in streets, yards and parks for shade, recreation and relief from the heat. This will create cooler urban “microclimates” for social interaction and natural retreats from city life.

Greater Sydney, for example, has a welcome new policy to ensure five million more trees are planted by 2030. This is an important long-term goal as 2016 research from Canada found tree cover in daytime reduced air temperature by up to 4℃ in Montreal city.

The design of buildings and their immediate surroundings are also important to help manage increasing heat in our cities.

Our open spaces are places of exercise, retreat, relaxation and, in a new COVID world, socially distant interactions. The pandemic has allowed us to rediscover the importance of our community and local connections in these spaces.

Multi-storey buildings also provide opportunity for vertical greening. The Victorian government, for example, is seeking to increase the amount of green infrastructure in our urban areas to help us cope with predicted warmer conditions.

Melbourne has many trees and green spaces that help negate the effects of the urban heat island. Shutterstock

And there is national recognition of the importance of green cities through the federal government’s Smart Cities Plan. It states:

But what’s needed, urgently, is a national planning framework of green city principles so no regions get left behind. Climate change is a national issue, and all urban residents from all socioeconomic backgrounds should benefit from green cities.

This national planning policy would describe how our cities across the nation should develop appropriately spaced trees and other vegetation, to better manage and prepare for increasing density and greater activity as climate change brings hotter weather.

And importantly, more research is needed to better inform climate models. We need more information into the ways our climates will change within different land areas — whether rural, suburban or in cities — so we can develop better national plans for how we will live and work in the future. 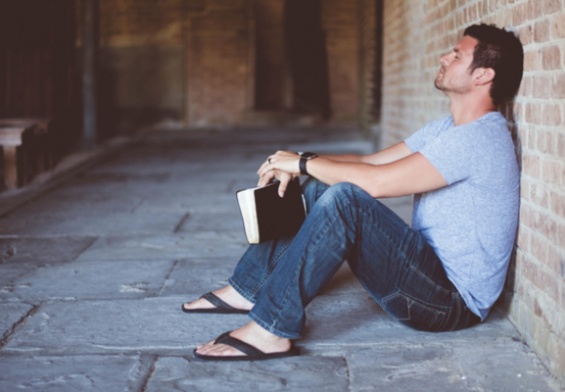 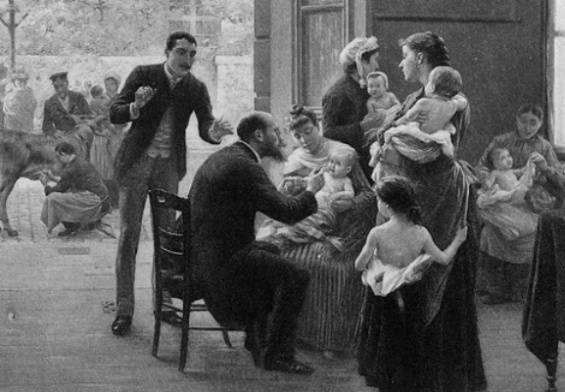 The fascinating history of clinical trials