‘Bluey’ is the Aussie cartoon that has won praise around the world. Here’s what it takes to create a global sensation

“Bluey” is the Australian children’s television series that has won hearts both nationally and internationally.

The animated series, starring young blue heeler Bluey and her adventures with sister Bingo and parents Bandit and Chilli, has captivated viewers young and old since it first hit Aussie screens in 2018. Its first season was played 261 million times on ABC’s iview platform, while season 2 – which launched in Australia on March 17 – already securing more than 43 million plays since then.

The show was created by Joe Brumm, who, having two daughters of his own, based the stories around their experiences. The studio that helped bring the series to life is Queensland-based Ludo Studio. The studio was cofounded in 2012 by Daley Pearson and Charlie Aspinwall, and has created other series such as “Doodles” and ABC’s comedy series “Content”.

How “Bluey” came to be

Ludo Studio had been making a show for Cartoon Network and were looking for an animator to do some “difficult” work. Enter Joe Brumm, an experienced animator who worked on shows like “Charlie and Lola”, who came on board as an animator.

Brumm showed the co-founders a two-minute clip of a dad playing with his kids, an early version of what was to become “Bluey”. Pearson told Business Insider Australia, that meeting Joe “really felt like a fortuitous thing.”

“Ludo was about four years old at the time,” he said. “We had picked up a few Emmys and we wanted to do a bigger show.”

The studio loved the clip, and started pitching it around to broadcasters in 2015 – but it wasn’t until 2016 when Michael Carrington signed on as ABC’s Head of Children’s content that Bluey got the push it needed. Before joining the public broadcaster, Carrington had previously worked with the BBC.

“When Michael Carrington came back to Australia, [it] was really the tipping point because he started to commission local animation,” Aspinwall told Business Insider Australia.

After seeing the clip, Carrington not only loved it but wanted to get it into development. So Ludo Studio created a pilot episode, together with Joe and the ABC, and took it to the Asian Animation Summit, an annual event that helps projects in the Asia Pacific get international financing and co-production connections.

Aspinwall explained that an Australian series needs a lot of backing to get it from conception to broadcast.

“In Australia you have to have an international partner to get a big series up because the budgets are high,” he said. “So you need external money generally to do a series of animation, which is generally 52 episodes.”

Bluey got a lot of interest from broadcasters and Ludo spent a year selecting its partners. It was an interesting task pitching the idea for “Bluey” to those interested in it, according to Pearson. “The feedback we got was people weren’t sure if it was ‘The Simpsons’ or ‘Peppa Pig’, we would answer, ‘Well it’s both’,” he said.

“Bluey” has since found backing from a number of heavy hitters. It is co-commissioned by ABC Children and BBC Studios, with financing from Screen Queensland, Screen Australia and the Australian Government.

A “sitcom for kids”

Aspinwall described “Bluey” as essentially a “sitcom for kids”.

Both Brumm and Aspinwall have two daughters and they quickly bonded over that experience. “It’s very easy to talk about the show through that, through our own experiences of being fathers of two young girls,” Aspinwall said.

But “Bluey” could have easily been about the dad character, Bandit.

“We made a conscious decision to pitch it for primarily a kids audience because it could have gone the other way,” Aspinwall said. “We could have made it all about dad.”

Getting parents to enjoy the series alongside their children was intentional from the beginning. It is something the television industry refers to as “co-viewing” but Pearson said not many shows do it – not for any lack of talent, but because “it’s just a real tough thing to pull off”. Especially for a show that targets 4 to 7-year-olds.

Aspinwall said that “Bluey” is great for kids as it shows the world from a child’s perspective and they can laugh along with it. For parents, it’s “like recreating the joyful simplicity of childhood and reminding parents why they became parents in the first place.”

Getting an episode made

Ludo Studio has a close-knit team of around 50 people, some of whom have worked together for many years. For example, Pearson has worked with “Bluey” composer Joff Bush since he was 17, and the sound designer, Dan Brumm, is Joe Brumm’s brother.

But it was also a vehicle for new Australian talent. “Bluey” was the first job for about half of Ludo Studio’s employees straight out of university. “24 of the season one crew were from Griffith Uni,” Aspinwall said.

The creators believed it was important the studio remained in Brisbane, instead of moving to another country. While the cofounders appreciate other entertainment hubs like Los Angeles, they are bigger fans of executive directors like New Zealand’s Peter Jackson (the director behind “The Lord of the Rings” franchise) who choose to stay in their own home town and bolster their own country’s screen industry.

“We all wanted to create a home team that could compete with the world,” Pearson said. “We really believed that it was possible and I think they are now. I think they’re the best animators and creatives around.”

“That was one of the happiest things to come out of ‘Bluey’, that it’s been done under one roof in Brisbane,” he added.

Aspinwall says getting an episode made is a relatively straightforward process. The team first talks about the idea for an episode, which is then pitched to the co-commissioners, ABC and BBC Studios.

From there, Brumm writes it and once the script is signed off, the voice recording is completed.

Both Charlie and Daley said it is quite “intense” getting the show created, as it takes a lot of effort over a long period of time. “It’s like marathon,” Aspinwall said. “You have to pace yourself.”

Nothing in “Bluey” happens without some thought. Every little thing that happens has to be planned months ahead compared to a live-action film where an actor can ad-lib part of a scene or a director can make changes on the fly.

“The animators go to such lengths,” Pearson said, describing scenes in “Bluey” where you can see the petals falling off jacaranda trees. “It’s very easy to say no one’s gonna care,” he added. “But they do.”

“We’ve seen it on Twitter and social [media], that’s what the audience are loving,” he said. “And it’s really heartening to see that. You can assume an audience doesn’t notice stuff, but they’re really smart.”

When looking for who to voice the characters in the series, the studio didn’t want to have a “character” sounding voice like Homer or Marge from “The Simpsons”. Instead, they were looking for a voice that sounded distinctly Australian.

“We knew we wanted voices that hadn’t perhaps been heard before in Australia,” Pearson said.

Aspinwall added that the show works hard to reflect contemporary life. “It’s very naturalistic – even though it’s dogs, everything else about it is exactly like Brisbane,” he said. “That’s the way they talk.”

In the beginning, Bluey’s father Bandit was the key piece of casting, because the show was initially about a dad and his kids. Bandit is voiced by David McCormack, the frontman of Brisbane band Custard. “[It’s] just a brilliant band and meant a lot to a lot of people around our age from Brisbane,” Pearson said.

McCormack is also a composer for television series including “Jack Irish”.

“We were mixing next to him in the studio and we just heard his voice and somehow it dinged right,” Aspinwall said. “And it turned out that he was also a father of two girls the same age as Bluey and Bingo – he was going through exactly what Bandit was going through.”

“Bluey” has also had some big local names as guest stars in the series, including former pro surfer Layne Beachley and musician Megan Washington.

“Bluey” is available on local broadcasters and streaming services in Australia, New Zealand and China. Also, thanks to a deal between BBC Studios and Disney back in 2019, international viewers including the US, the UK, Europe, the Middle East and Latin America can catch “Bluey” on Disney Junior. In January 2020, the series became available on streaming service Disney Plus in the US and Canada.

In the first quarter of 2020, Bluey reached 15.6 million viewers over the age of 2 across Disney Junior and Disney Channel.

“Disney has fully embraced Bluey and the Aussieness of Bluey – accents included – and we’re so happy with how the show has been received in the US, UK, and across and the Middle East and now also Latin America,” Aspinwall said.

When it came to international audiences, the response to Bluey the cofounders said it’s pretty much the same as in Australia. “US audiences feel the same way,” Aspinwall said, adding that viewers can relate to the characters of the mum and dad.

“Bluey” has received high praise. In 2019, it received a Logie Award for Most Outstanding Children’s Program as well as an AACTA Award for Best Children’s program. This year, it got an International Emmy Kids Award in the Preschool category.

It has merchandise galore, from toys, to books, to showbags and kids lunchware. One of its books, “Bluey: The Beach”, took out the Australian Book Industry Awards 2020 ‘Book of the Year’ category, the first-ever children’s picture book to win it.

The co-founders are humble about these awards. “I think everyone feels slightly not responsible for it because it’s such a collaborative show,” Pearson said.

And while they are proud of how much success it has seen, Aspinwall added that they are all “very focused on making a great show.”

“A great episode is the most precious thing we can have back,” he said, adding that it’s really about seeing how excited the team gets when a script is turned into an episode.

And sometimes the company gets so busy it doesn’t always have time to bask in show’s success.

“We have created a nice bubble here,” Pearson said. “As crazy as it is, we don’t hear it too much. And also we are working a lot so we’re rarely at barbecues or we’re rarely at the shop to see the clothes on the shelf. We rarely see the consequences of that because we’re here all the time.”

Ludo Studio has some projects up its sleeve in the future but relishes in the fact that it can create them all right here in Australia.

“We’re from a live action background,” Pearson said. “So we’ve always kept that bubbling. Whilst we’ve been doing animation shows, we’d love to do a big drama that’s funny or a thriller, something like that. We’re working on a few of those and we’d love to pull one of those off in the next year. 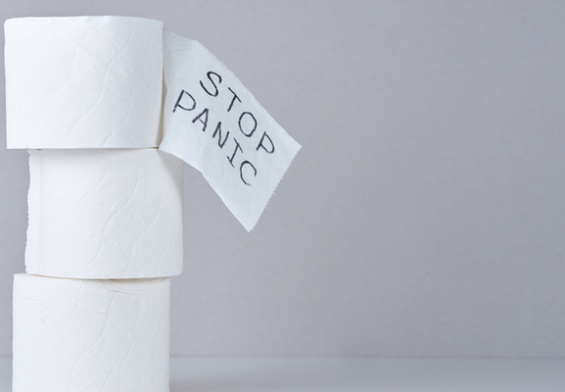 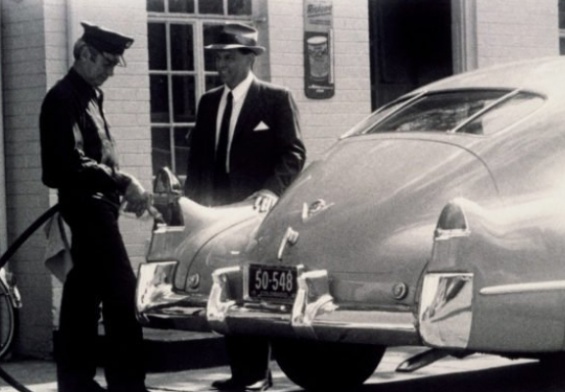 ‘Fill her up please’: Remembering when service stations offered the works