Anarcha Westcott was a teenager who had just given birth for the first time when she was forcibly separated from her baby and subjected to brutal experimental gynaecological surgery without an anaesthetic.

Her torturer, Dr James Marion Sims, is widely regarded as the “father of modern gynaecology” – but the trauma through which he put Westcott and other unconsenting, enslaved Black women while developing his techniques has been largely forgotten.

Now modern-day midwives have launched a campaign to commemorate Sims’ victims, who between 1845 and 1849 endured some 30 procedures as Sims perfected his method of fistula surgeries.

Heidi Downes, a midwife in London, is lobbying for a monument to be dedicated to these women as Black Lives Matter campaigners topple slaver statues around the country.

It is hoped the tribute will be placed at the Royal College of Obstetricians and Gynaecologists in London.

“The campaign started a year ago. My colleague Sam attended a conference and heard the wonderful Dr Amali Loukgamage talking about obstetrics and gynaecology, where she mentioned Anarcha, [and two of the other women] Lucy and Betsey. She then came back and told me,” Downes told HuffPost UK.

“I was shocked that I’d never heard of them in all of my years of practice and decided to start the petition.”

However, support has been relatively slow.

“I was shocked that it didn’t take off at first,” she said. “I thought: ‘Where are midwives? Where are the people disgusted with this?’ If I’m honest, i’ve found that along the way.

“I remember speaking to a friend who said: ‘It’s not a pretty subject. People don’t want to discuss this.’ This was before the recent wave of Black Lives Matter protests. For me, because it wasn’t in all of the newspapers, or headline news, people haven’t really picked up on this campaign with it.”

I remember speaking to a friend who said: ‘It’s not a pretty subject – people don’t want to discuss this.’

In his autobiography The Story of My Life, Sims describes in vivid detail how he treated Black women as medical guinea pigs.

“I made this proposition to the owners of the negroes: if you will give me Anarcha and Betsey for experiment, I agree to perform no experiment or operation on either of them to endanger their lives, and will not charge a cent for keeping them, but you must pay their taxes and clothe them.”

He also bragged, in his memoirs, that “my patients are all perfectly satisfied with what I am doing for them” – which is doubtful, given that they were slaves who were stripped of all autonomy and viewed as property.

There was also belief at the time that Black people did not feel pain, or indeed function, in the same way as their white counterparts.

Despite his inhumane practices, Sims perfected his operations on Black women and later established a women’s hospital where he performed procedures on white women – only this time with their consent, and the use of anaesthesia.

He also invented the modern speculum, Sims’s position for vaginal exams, which he first used on slaves and which has gone on to be used widely within healthcare. As such, Sims is viewed favourably by many historians and has several worldwide monuments, despite his brutality.

Parks Department workers place a harness over a statue of James Marion Sims before it is taken down from its pedestal at Central Park and East 103rd Street on April 17, 2018 in New York City. Spencer Platt via Getty Images

That said, in 2018 New York officials removed a sculpture of Sims from Central Park following eight years of sustained protests from Black activists. It had been there for 80 years.

“I have been a midwife for nearly six years and prior to this trained for three years. In this time I did not know of Anarcha and the suffering she and the other enslaved women endured but I was aware of the Sims speculum,” Downes wrote on the Change.org campaign page.

“How was this crucial part of obstetrics history not part of the national curriculum and how was it not passed onto myself and my fellow colleagues and students? Anarcha and the other women who were treated in this barbaric way deserve to be put on the same pedestal that Sims, rightly or wrongly, has been placed upon.”

Downes said she had discussed the campaign with the president of Royal College of Obstetricians and Gynaecologists, Edward Morris, as well as Dr Christine Ekechi, an NHS consultant in early pregnancy and acute gynaecology. Both have shown interest in supporting.

Downes, who is white, has passionately driven the campaign forward, speaking about it regularly and writing a double-page feature in support of the cause for the British Journal of Midwifery.

“I feel that, as a profession, we have let down a group of women and left them in the shadows of time, never to be honoured as they deserve.”

Still, Downes told HuffPost UK: “Even after my article was published in October 2019 […] that still didn’t get the petition numbers up! Sometimes you need to keep pushing – you can’t just sit back. I’ve spoken to students at universities, spoken on podcasts.

“As a white woman who has never had to deal with racism personally: it’s not just the job of Black women to push for this statue. Yet all I’ve come across, when I look at all the other amazing women who have come before me campaigning for representation, are Black women! I feel like this is wrong – we should be out there together.

“I’m someone who’s just appalled by something. Why has this not been done before? Why are we still fighting for this in 2020?”

The midwife, who worked at an NHS trust up until April, approached white colleagues for support and said she was disappointed with the lack of support – something she puts down to lack of racial diversity in the organisation.

It’s not just the job of Black women to push for this statue.

“We need more Black women in management in midwifery. If this is my very small experience of going to someone and not being listened to about this campaign, what’s it like for Black women who may suffer actual racism in the NHS and have no one to go to?” she said.

A spokesperson for the Royal College of Obstetricians and Gynaecologists told HuffPost UK: “We are making plans to develop a new exhibition to recognise women’s involvement in the history of obstetrics and gynaecology.

“This will include many courageous women who contributed willingly, and sadly also women such as Anarcha who were not in a position to give consent to medical research.

“We also hope to offer an events programme, and digital resource through our website, that can highlight some of these important yet rarely recognised contributions from women.

“Unfortunately, the coronavirus pandemic has delayed our work, but we hope to make progress over the coming year to ensure the stories of these women are not forgotten.” 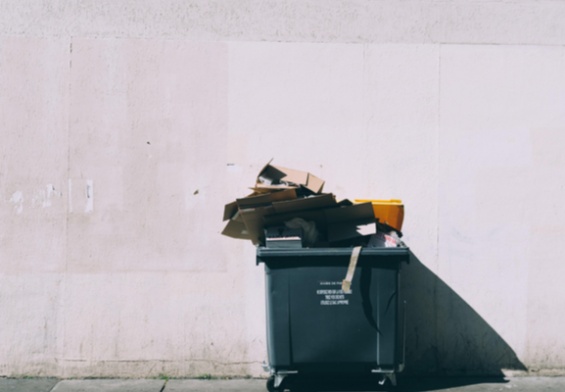 Waste not, want not: Morrison government’s $1b recycling plan must include avoiding waste in the first place 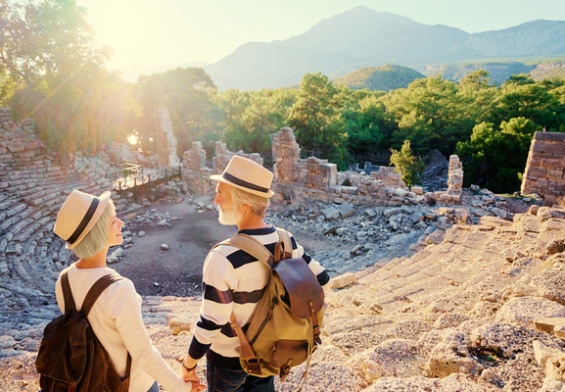