A virtual film festival is a strange thing. There’s none of the usual fanfare. No directors introducing their movies to packed auditoriums, no industry hobnobbing, no tangible momentum for what would have been the launch of another typical awards season. Those of us covering the Toronto International Film Festival over the past week have done so from our computers, streaming titles that would otherwise be seen on a big screen. Without the energy of an audience, it almost feels like the event didn’t happen at all.

And yet it did, with 50 features on the lineup instead of the usual 300. A few of them have already seen glory, like “Bruised,” Halle Berry’s directorial debut, which reportedly sold to Netflix for a hefty $20 million. The Frances McDormand drama “Nomadland,” meanwhile, generated some of the year’s best reviews, as did Spike Lee’s concert film “David Byrne’s American Utopia.” Even in a year as off-kilter as 2020, autumn will bring with it a number of prestige projects to hold our attention.

Of the movies I saw during TIFF, here are eight worth your time. (FYI: For some odd reason, “Bruised” did not screen for press during the festival, so I wasn’t able to see it.)

is an adjective movie. The second it ended, my mind was swimming with them: beautiful, serene, painterly, honest, heartbreaking. I could keep going, but you get the idea. This is a film so full of emotion that no single word can capture its power. For her third feature, director Chloe Zhao cast Frances McDormand as Fern, an itinerant widow who lives out of her van and finds short-term gigs throughout the American West (an Amazon fulfillment center, restaurants, manual labor, whatever she can get). Fern’s story isn’t unique; she is part of a community of kindhearted nomads unable to sustain the country’s white-picket-fence fantasy in the aftermath of the 2008 financial crisis. “Nomadland” observes her as she adjusts to life in the wild.

Zhao’s first two films, “Songs My Brothers Taught Me” and “The Rider,” starred mostly nonprofessional actors, establishing her as a virtuoso who thrives with limited resources. Here, she gets a bigger budget and a movie star but still maintains the verisimilitude that makes her work seem excerpted from someone’s diary. McDormand is surrounded by first-time performers, and what she achieves amid their rawness ranks high in her already impressive career. Her weathered face telegraphs the anguish and euphoria of human connection.

“Nomadland,” which takes inspiration from Jessica Bruder’s 2017 nonfiction book of the same name, asks how an individual might function when distanced from the conventions of modern life. It is far more than an “Into the Wild”-type saga about a hippie communing with nature, though Zhao seizes plenty of opportunities to emphasize the great outdoors’ allure. This is a miniaturized character study about a population not often legitimized in the American imagination. It is ravishing. I’m not sure we’ll see a better movie this year.

“Nomadland” is scheduled for release on Dec. 4.

“One Night in Miami”

Oh, to be a fly on the wall when famous people talk to other famous people without the public’s prying gaze. “One Night in Miami,” Regina King’s feature-length directorial debut, imagines what one particularly electric meeting of the minds might have looked like. On the evening of Feb. 25, 1964, Cassius Clay won a high-stakes boxing championship against the supposedly unbeatable Sonny Liston, after which Clay (played by Eli Goree) met up with three other titans: Malcolm X (Kingsley Ben-Adir), Sam Cooke (Leslie Odom Jr.) and NFL fullback Jim Brown (Aldis Hodge). Amid the swelling civil rights movement, “Miami” shows the four friends at personal and professional crossroads, determined to use their positions for good but unsure how to move forward as figureheads of such a critical era in American history.

Kemp Powers adapted “One Night in Miami” from his 2013 play of the same name. Even though the dialogue’s rhythm can’t escape its theatrical roots, this quartet’s philosophical quandaries are well worth King’s lens. The heart of the movie is one rambling, thorny conversation about race, religion and cultural gatekeeping. (“Taking the world on your shoulders is bad for your health,” Cooke tells Malcolm X.) What does it mean to fight for equality when few agree on how to achieve it? And does the burden of fame — living up to a tokenized image assigned by supporters and detractors alike — turn a person into an ouroboros steadily losing his sense of self? King minimizes any stylistic flourishes to let her actors shine, especially Ben-Adir, who captures Malcolm X’s intellect with a wise blend of charm and fury. What a night indeed.

“One Night in Miami” will be released by Amazon, but no date has been announced.

The opening number in David Byrne’s recent Broadway show, “American Utopia,” is about how much of the human brain goes unused, an apt sentiment given how dumb the United States has seemed over the past few years. In between Talking Heads classics and songs from his recent solo album, Byrne talks about forces that have dulled civilization, specifically an unwillingness to welcome others’ perspectives. His monologues are short and poetic, political but not preachy. They complement his smooth musical vistas, during which Byrne surrounds himself with 11 dancers and instrumentalists whose movements form a chorus representing the best of what people can do when they operate as a community.

Spike Lee directs this filmed version of “American Utopia” with panache. His camera swirls around the performers’ motion, cutting between closeups and wide shots that accentuate the sharp choreography. A blue glow that functions as the stage’s spotlight lends the movie an immersive feel, like we are privy to the deepest workings of one artist’s mind. Byrne is an egalitarian, letting each member of his troupe flourish and thereby underscoring his message about the shared human experience. With Lee’s help, he has crafted one of the all-time-great concert films — a treat for longtime fans and newcomers alike.

After premiering at Sundance in January, “The Truffle Hunters” is building momentum by making the fall-festival rounds. Michael Dweck and Gregory Kershaw’s lovely documentary follows a handful of aged truffle excavators — humans as well as their trained dogs, who do most of the actual hunting — in Northern Italy. On the surface, the film depicts a niche business through the eyes of a select few. But what’s really on display is a lifestyle, specifically one that revolves around the bond between canine and human. With lush cinematography and a commitment to the folksiness its subjects represent, “The Truffle Hunters” is one long swoon.

“The Truffle Hunters” is scheduled for release on Dec. 25.

“You look like Gwyneth Paltrow on food stamps,” Danielle’s mother (Polly Draper) tells her. They’re attending a shiva, but Danielle (Rachel Sennott) can’t even remember who died. She’s a mildly discombobulated college senior tired of questions about what she’ll do after graduation and who she’s dating. Already inconvenienced by nosy relatives, Danielle encounters among the mourners two people she’d rather not: a high school ex-girlfriend (Molly Gordon) and the wealthy man (Danny Deferrari) who’s been paying her for sex despite arriving with his wife (Dianna Agron) and newborn. Over the course of 77 taut minutes, “Shiva Baby” goes from cringe comedy to bristling psychodrama and back again.

Emma Seligman expanded “Baby” from a short film she made at New York University. Even with such an accessible running time, Seligman only narrowly avoids stretching the premise to its breaking point. And yet the movie’s biting wit keeps everything afloat. As Danielle careens through one nuisance after the next, the shiva house becomes increasingly claustrophobic, much like the mental state of any 20-something awaiting the supposed self-actualization of adulthood. “Shiva Baby” heralds a sparkling new talent in Seligman, who understands how to blend screwball humor with profundities about what it means to discover yourself.

“Shiva Baby” does not yet have a release date.

“Concrete Cowboy” gives familiar coming-of-age tropes a fresh setting: urban cowboydom. When unmoored Detroit teenager Cole (Caleb McLaughlin of “Stranger Things” fame) gets expelled from school and sent to live with his semi-estranged father Harp (Idris Elba) in Philadelphia, he finds himself drawn to the community of horse wranglers with whom his stony pops has made a home. Harp calls them “cowboy orphans,” the last of a fading breed trying to maintain their sense of place as developers seek to gentrify the land they occupy.

Adapted from a 2011 novel by Greg Neri, “Concrete Cowboy” is a delicate, sure-handed debut for director Ricky Staub. Juxtaposing inter-city grit with opulent orange skies, Staub has the hand of a jazz maestro, gliding the movie along with ease. Some subplots — particularly one concerning Cole’s cousin (Jharrel Jerome), who’s embroiled in a cliched neighborhood drug ring — are undercooked, but the core father-son drama is masterfully rendered. Elba’s marble-mouthed weariness and McLaughlin’s pleading eyes complement their characters’ search for a companionship neither knew he needed.

“Concrete Cowboy” does not yet have a release date.

This beachside romance has shades of “My Own Private Idaho” and “Call Me by Your Name,” applying its sumptuous but nonintrusive gaze to two French teenagers as they embark on a scorched fling. When budding young writer Alexis (Felix Lefebvre) capsizes his sailboat one afternoon, he is rescued by a dashing conundrum of a boy (Benjamin Voisin) who quickly becomes his first love. Ever-sensual director Francois Ozon (“8 Women,” “Swimming Pool”) makes clear from the start that their courtship is doomed, giving the film a thrilling sense of danger. Ozon’s metaphors get a bit heavy-handed, but “Summer of 85” is effective nonetheless, unfolding more like a memory piece than a coming-of-age enchantment.

“Summer of 85” does not yet have a release date.

Calling a lesbian romance “cold” can feel lazy and reductive. People applied that pejorative to “Carol,” “Disobedience” and “Portrait of a Lady on Fire,” and they were wrong on each count. “Ammonite,” on the other hand, doesn’t have the same spark. The gray English skies and sluggish pacing are purposely distancing, doing everything they can to underline the main characters’ repression. Even when palaeontologist Mary Anning (Kate Winslet) finally hops in bed with her melancholy admirer Charlotte (Saoirse Ronan), the 1840s-set film can’t quite convince us that their affection carries much electricity.

And yet “Ammonite” is hardly a failure. Chilly intellectuals are one of Winslet’s specialties, and she excels in a performance likely to buy her Oscar attention. (Really, who could ignore a cast this great? Fiona Shaw, Gemma Jones and James McCardle play vital supporting roles.) However lumbering the movie may be, director Frances Lee, who made the similarly themed “God’s Own Country,” builds toward a denouement that neutralizes some of the preceding inertia. In short, Lee chose to tell a story not about steamy sex but about one woman’s determination to stifle her own contentment. It doesn’t produce the most exciting results, but maybe that’s OK.

“Ammonite” is scheduled for release on Nov. 13. 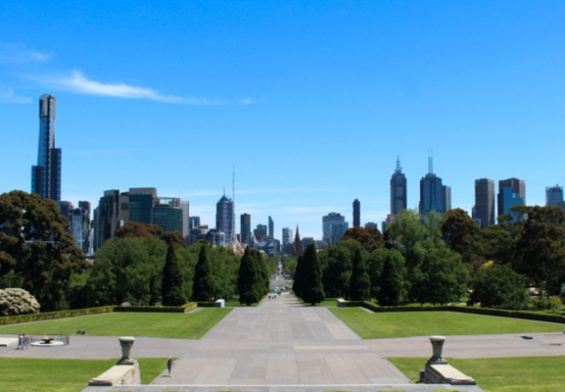