When being tired is actually depression

Photo by Vladislav Muslakov on Unsplash

Depression may be among the most common mental health issues in the United States, but it is still often misunderstood. Many people assume that the condition manifests itself in really overt sorrow and hopelessness. But the symptoms tend to be much broader, and often more subtle. Including fatigue.

The link between tiredness and depression is not linear and can be challenging to tease apart. But the connection is there, and mental health experts say it’s an essential one to be attuned to — perhaps more than ever during COVID-19, which has profoundly influenced Americans’ mental health and upended sleep routines.

Here is the 411 on depression and fatigue:

Being tired is a very common symptom of depression

And fatigue does not just mean that it feels physically difficult for you to wake up in the morning (though it certainly could) or that you’re nodding off midday (though that is also a possibility).

Fatigue might also manifest itself more as a general, persistent lack of energy. Even relatively simple tasks feel like they require a lot of physical and emotional effort.

The relationship is complex

When it comes to depression and fatigue, “there may be an underlying ‘piece’ that is causing both,” said Betty Lai, a psychologist and assistant professor with Boston College’s Lynch School of Education and Human Development. She pointed to the possible role of the hypothalamic-pituitary-adrenal, or HPA axis, which is a system that helps regulate the body’s response to stress.

“Chronic stress can disrupt the functioning of the HPA axis and lead to problems in both sleep and depression,” Lai explained.

So a shared biological underpinning may be one reason for the fatigue-depression connection, but it is by no means the only one. About 80% of individuals with depression have problems sleeping — a relationship goes in both directions. Insomnia can lead to (or worsen) depression, but they can also be “overlapping” conditions. Depression itself can also lead to insomnia and sleeplessness. Also, people with underlying sleep conditions, like chronic fatigue, can also be more vulnerable to depression.

“The bi-directional relationship between depression and fatigue can lead to a vicious cycle that is hard for people to break,” Kaslow explained.

Another complicating factor? Medication side effects. “Treatment with medication for depression often reduces the severity of fatigue symptoms, however some medications can also cause significant fatigue,” Kaslow added.

Look out for loss of interest

Mental health experts emphasize that the symptoms of fatigue that are tied to depression do not always manifest as physical tiredness.

So when diagnosing depression, mental health professionals are really on the lookout for a kind of emotional fatigue and loss of motivation.

If someone feels motivated to participate in their usual activities but is simply too tired, Brewington said, they’ll focus more on discovering the root causes of their fatigue.

COVID-19 may be complicating things even more

Again, the available evidence suggests that the pandemic is taking a toll on people’s mental health. A recent survey by the Centers for Disease Control and Prevention, for example, found that 30% of Americans were recently grappling with symptoms of depression or anxiety. One in four parents said their mental health has worsened during the pandemic, and one in seven said that’s true of their kids.

At the same time, disruptions to normal routines and the stress of living in a pandemic with an unknown, drawn-out timeline can — and has — taken a toll on sleep.

So experts say it is particularly important to pay attention to prolonged changes in emotional health, sleep patterns and fatigue. Particularly if they last for more than two weeks, Brewington said.

“Everyone should have an awareness that they could be anxious or depressed, or recognize that they have fatigue, because of the fact that we are living in a pandemic and dealing with COVID,” she said.

“Sleep can be easier for people to talk about — and notice,” Lai said. So it can be a nice “entry point” for people who might otherwise struggle to connect with mental health support, she explained.

Because unfortunately, the stigma around seeking mental health support persists. Data shows that more than 30% of Americans say they’ve worried other people are going to judge them for getting mental health care, and up to 50% of teens and young adults say that’s the case.

All of the mental health experts interviewed for this story repeated just how crucial it is for anyone concerned about depression, fatigue or both to seek help. There are many effective treatments for depression, from talk therapy and support groups to medication.

You might want to start by looking into different types of therapists and different approaches to therapy, and by checking resources like Psychology Today, Therapy for Black Girls or Good Therapy. There are also ways to find more affordable therapy options if you’re unable to swing the cost of appointments (which is a struggle for many, many people). Also, one upside of the COVID-19 pandemic is that it’s easier than ever to begin virtual therapy.

“This is real,” Brewington said. “It won’t just go away on its own.” 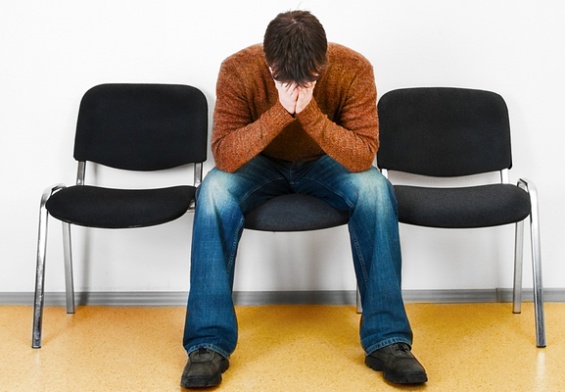 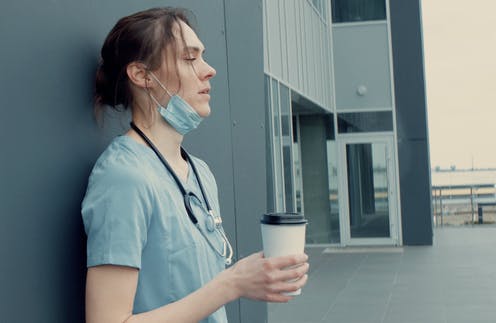