This year, my colleague Andrey Pototsky and I were awarded the Ig Nobel Prize in Physics for our experimental work involving vibrating living earthworms.

The Ig Nobel Prizes are awarded each year to recognise scientific research that’s not only thought-provoking, but also comical or unusual in nature.

Our work made people laugh, and then think. At face value, it was simply two researchers observing a bunch of worms jiggling on a loudspeaker.

From these observations, however, we’ve discovered the potential for a new, safer approach to linking the human brain with computers.

What did we do?

First, we sedated earthworms in alcohol to relax their muscles. We then vibrated them on a loudspeaker and used laser light to observe ripples on the surface of each worm.

Such ripples are known as Faraday waves. In nature, frogs create these waves on water’s surface to attract mates. Faraday waves can also be seen on a vibrating liquid drop, when the vibrations become intense enough to make the liquid’s surface unstable.

Earthworms consist mostly of water. So we expected a sedated worm to vibrate similarly to a water drop.

When we switched the loudspeaker on, the whole worm moved up and down. But when we increased the volume to above the “Faraday instability” level, Faraday waves appeared on the worms’ surface — just as we were expecting.

It’s important to note: even though these non-linear ripples are “unstable”, this doesn’t mean they behave in a completely chaotic way. In fact, Faraday waves can (after much trial and error) be “programmed” to behave in a certain way.

But why would we do this?

Nerve impulses let nerve cells communicate with one another, by moving through the nerve fibre (or “axon”). Past research has hypothesised nerve impulses move not only as electric signals, but also as sound waves which humans can’t hear. We also believe this is the case.

Sound and vibrations can both move through human skin, bones and tissue without causing damage. This is how medical ultrasound imaging is done. “Ultrasound” simply refers to sound waves with frequencies higher than humans’ upper audible limit.

Sound waves can also form “solitons”. These are waves that move for long distances and pass by each other without any deformation occurring. They keep their shape. Water waves in canals can move as solitons, as this video shows.

However, it’s hard to detect solitons in human nerves. That’s why researchers instead investigate them in the nerves of earthworms, which are an effective model.

If future research is able to confirm nerve impulses do, in fact, move through nerve fibres as solitons, our finding of Faraday waves in vibrating worms becomes significantly more important.

This may indicate potential to produce and modify nerve impulses in the brain. By externally generating ultrasound waves at different frequencies, such as on a mobile device, for instance, we may be able to trigger Faraday waves in the brain’s tissues.

We think these should then interact with the brain’s nerve impulses and activate certain signals corresponding to “thoughts”.

If the nerve impulses travel through the brain as solitons, they would keep their form throughout the process. And this would ensure the transmitted “thought” remains consistent until it’s processed by the brain.

The above process would equate to “programming” human thoughts.

Vibrations can be created using a smartphone. We believe the Faraday waves caused by these vibrations could then interact with soliton nerve impulses and thus be used to control thoughts. Ivan Maksymov

The potential for brain-computer interfaces

There have been numerous attempts to link the human brain with computers. A growing number of high-tech companies, including Elon Musk’s Neuralink, plan to implant needle electrodes into human brains to achieve this.

This would allow the transmission of knowledge — for example, how to fly a helicopter or speak a foreign language — from a computer directly to a person’s brain in mere minutes. Of course, we’re still a long way off from knowing how to actually do something this complex.

The almost instant transmission of programmed knowledge to human brains was a theme in 1999 sci-fi film The Matrix.

However, this approach is very invasive and poses significant health risks, such as inflammation of the brain tissue or brain damage.

We believe our results, pending further detailed research, may help create a safer, sound-based link between the human brain and computers — one that works without unsafe needle electrodes.

At present, we can’t claim we have solid scientific evidence Faraday waves can interact with natural nerve impulses in earthworms.

No current models can predict exactly which frequencies are needed to allow this interaction. We’d have to conduct many, many trial and error tests to potentially find this out.

So far, we have pitched our ideas to several neurobiology research communities and have received positive feedback overall. Eventually, we hope our work could be useful to high-tech companies, as well as our colleagues investigating similar questions.

But for now, it continues. 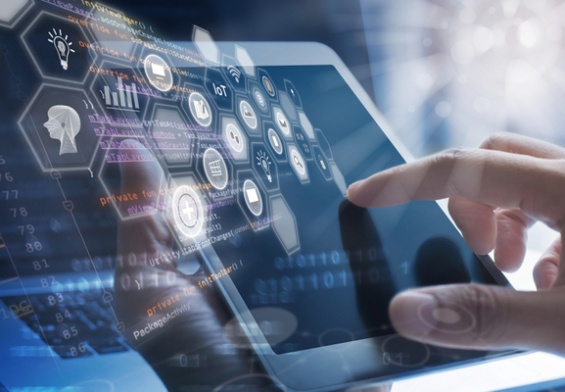