In February, when I spoke with registered dietitian Christy Harrison about her recently released “Anti-Diet” book, I didn’t realize that the world was about to change so drastically.

We talked about the pervasiveness of diet culture – the belief system that champions the thin (usually white, cisgender) ideal, that says certain ways of eating are good and others are bad, and that encourages weight loss at all costs. It’s in marketing, health care, our own views of ourselves. Although things look very different these days, all of that is still true.

Diet culture is even more prevalent in the midst of the coronavirus pandemic. Wellness brands are preying on our fears and uncertainty by offering supplements. More time to scroll through social media and all of the perfectly chosen images leaves us feeling more insecure about our own bodies.

Most glaringly, there’s so, so much fearmongering about quarantine weight gain that even someone who typically has a good relationship with food might feel pressure to start a diet. Those who struggle with an eating disorder or disordered eating might feel these pressures even more acutely.

In “Anti-Diet,” Harrison chronicles the history of diet culture, uses evidence to point out the flaws in our strongly held beliefs about weight, and gives some insight into how to finally stop judging ourselves and others for the shape of our bodies and the food we eat.

And there’s no better time to heed those lessons than right now, when the pressure to “watch what we eat” is through the roof (despite the fact that we’re battling a global health crisis totally unrelated to food).

Below, Harrison breaks down some ugly truths about dieting and advice on how you can ditch the horrible cycle for good. Because, yes, it’s possible to ditch diet culture and feel good in your own body.

If you couldn’t lose weight on a diet, it isn’t your fault – there’s tons of evidence that long-term weight loss just doesn’t happen for most people.

The idea that diets don’t work is nothing new. In “Anti-Diet,” Harrison traces the belief that 95% of diets fail back to a 1959 literature review that looked at past weight loss studies. The review found that, basically, no diet or intervention proved consistently effective for weight loss.

And this still holds true: A 2013 review of several weight-loss studies found that diets do typically lead to short-term weight loss, but that most people regain the weight within five years. A similar 2011 review found that many dieters actually regain more weight than they initially lost.

In any other case, we would be so quick to say, ‘This thing didn’t work for me, this product is the problem.’ But with diets, we think, ‘I’m the problem.’

Harrison described this initial weight loss that diets bring as the honeymoon phase.

“I think often when it’s a person’s first diet ever, there’s a honeymoon phase of dieting where you do see weight loss – although not everyone does – and you feel like you’ll be able to stick to it because there are no complications,” she told HuffPost. “There’s the feeling of, ‘It’s working! It’s happening!'”

But none of that lasts. “The body gets wise and starts to feel the effects of starvation,” Harrison said. “On average, people will lose weight for about six months to a year, and then at the year mark they start regaining the weight, and the rate of weight regain speeds up over time.”

A lot of people aren’t even able to make it to this six-month mark, she said, “because the starvation response really kicks in and pushes people to start eating more than they were before the diet, which oftentimes leads to binging.”

In other words: The obsession and out-of-control feeling around food that often happens several months into a diet isn’t a personal failing, it’s a biological response.

Because we live in diet culture, people think the solution to one failed diet is to find another, “better” diet.

Habitually jumping from one restrictive eating plan to another is so commonplace that we have a name for it: yo-yo dieting.

But, as any past or current yo-yo dieters know, even very different diets tend to lead to the same result: initial weight loss, eventual weight regain.

“It’s ridiculous,” Harrison said. “In any other case, we would be so quick to say, ‘This thing didn’t work for me, this product is the problem.’ But with diets, we think, ‘I’m the problem. Maybe this one isn’t for me, maybe I’m not meant to be an intermittent faster, maybe I’ll be a keto or Whole30 person instead.’ So we see people jumping from diet to diet to diet.”

“Oftentimes people who have lived in diet culture their whole lives have this accumulation of rules,” said Christy Harrison. Question why you still hold up these rules from diets that didn’t serve you, then work on ignoring them.

Weight cycling and weight stigma are bad for our physical and mental health.

Although plenty of people diet for aesthetic reasons, health is also a motivator. Those who live in larger bodies are often told by their doctors (and, sometimes, their friends and family) to diet and lose weight to improve their health outcomes. But that advice often leads to more harm than good.

“No matter what weight a person is at, even controlling for BMI, weight cycling is an independent risk factor for all these things that get blamed on weight itself: heart disease, diabetes, some forms of cancer, and mortality,” Harrison said. “When we diet, we’re almost inevitably going to end up weight cycling. That’s going to put our bodies at greater risk than just saying the same weight, even if that’s a higher weight.”

The anti-diet movement isn’t just about not dieting, it’s about understanding that bodies can be healthy at any size.

The idea that more weight is an inherently bad thing is flawed. Many people at higher weights are metabolically healthy, Harrison said. (And, of course, it’s possible to be metabolically unhealthy at a lower weight.) A 2015 study of over 100,000 people in Denmark found that those in the “overweight” category lived the longest, on average – a conclusion that’s consistent with past findings.

In response to this evidence, the Health at Every Size movement encourages people to “accept and respect the inherent diversity of body shapes and sizes and reject the idealizing or pathologizing of specific weights.” It also aims to end weight stigma and discrimination and to make the world more accessible to all people, no matter their weight.

It’s important to understand all of this if you want to truly reject diet culture, give up dieting and become a more intuitive eater, Harrison said. Intuitive or mindful eating encourages you to focus on your hunger and fullness cues, pushes you to slow down and enjoy meals, and doesn’t vilify any foods. It’s not a diet program; it’s a lifestyle habit.

It can be much harder for someone in a larger body to reject diets and diet culture because of the discrimination they face.

Throughout the book, Harrison acknowledges her privilege as a thin, white, cisgender woman. When you live in a body that society deems “acceptable,” quitting dieting is easier than it might be for someone who lives in a more marginalized body.

“People in much larger bodies do face discrimination every single day, and it’s natural to want to lose weight as a way to escape that,” said Kimmie Singh, an anti-diet dietitian and fat body liberation activist.

If you’re someone in a smaller body who’s working toward body acceptance and becoming a more intuitive eater, make sure you also work on accepting all bodies and body sizes to help all people feel safe stepping away from dieting.

Singh gives her clients background and evidence about why diets don’t work and encourages them not to pursue weight loss, but ultimately leaves the choice up to them. If you’re someone in a smaller body who’s working toward body acceptance and becoming a more intuitive eater, make sure you also work on accepting all bodies and body sizes to help all people feel safe stepping away from dieting.

A life without dieting might be hard to imagine, but it’s possible. Here’s how to do it.

The first obstacle in quitting diets for good is that these days, so many of them claim not to be diets at all.

“Diets have morphed and shape-shifted into this wellness thing that’s now so much harder to detect,” Harrison said. “The ‘wellness diet’ is about demonizing some foods while elevating others; eating the supposedly ‘right’ things and removing the supposedly ‘wrong’ things. It promises health and moral superiority, but it almost always promises thinness, as well.”

Harrison recommends rejecting any diet or “wellness” lifestyle that comes with rules – eat this not that, eat X amount, only eat between the hours of Y and Z. Even once you do this, you might find that you have a lot of old food rules swimming around in your head.

As an early step in the journey to rejecting diet culture and becoming a more intuitive eater, Harrison encourages clients to write down any food rules or thoughts that pop into their heads during the day.

“It’s fascinating to see. Usually there are dozens of these thoughts throughout the day,” she said. “You realize, ‘Anytime I start to think about food, these rules or these judgments pop up.’ Just becoming aware is the first step.”

Then, you can start to question any rules you might have.

“Oftentimes people who have lived in diet culture their whole lives have this accumulation of rules,” Harrison said. “They can even be from completely contradictory diets – like demonizing fat and demonizing carbs.”

Question why you still hold up these rules from diets that didn’t serve you, then work on ignoring them.

Don’t be surprised if eating without food rules or judgment feels a little out of control at first.

“Your brain and body have been so deprived that there’s going to be this pendulum swing back from the side of restriction to the side of eating all the food,” Harrison said. “I call it the restriction pendulum.”

But this doesn’t last forever. “Eventually you really will be able to settle in the middle, and get to a place of peace and balance with food,” she said.

The reward goes far beyond just a better relationship with food and body. “It’s amazing to see what happens for people when they’re eating intuitively,” Harrison added.

At first, learning to be an intuitive eater takes some effort. But once you click into it and aren’t constantly obsessing about what you can and can’t eat, you get so much brain space back.

“You’re not thinking about exercise, or your weight,” she said. “You’re thinking about all the other things you really care about. You’re free to do your work, engage in your relationships, and be really present in all the big and small moments of your life. There’s so much more available to people once they stop dieting.” 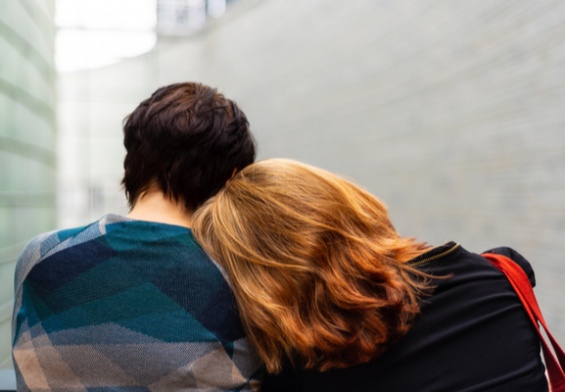 9 ways you can support someone with bipolar disorder 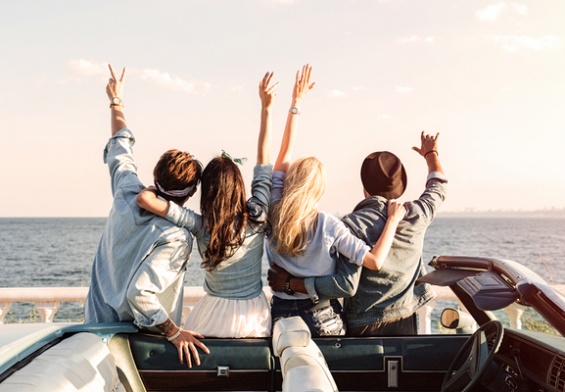 We’re Used To Being Spontaneous. Here’s How To Cope Now That We Can’t Be.