Are coffee and caffeine making your anxiety worse?

For many, coffee is one of life’s simple pleasures. Just thinking about that hot cup of joe or that iced latte is enough to get some people out of bed in the morning. But for those who live with an anxiety disorder, a daily caffeine habit could be taking a toll on their mental health.

In fact, research studies have used a moderate to high dose of caffeine “as a reliable way for experimenters to generate panic among persons with panic disorder, so that their symptoms can be studied in a safe and controlled setting,” Sweeney told HuffPost.

Reactions to caffeine vary widely from person to person. Some people can down a triple shot of espresso and lie down for a nap, while others would be on edge all day after doing the same. Generally, people with preexisting anxiety disorders tend to be more sensitive to the effects of caffeine.

“Some individuals may experience anxiety, nervousness and jitteriness at much lower doses than others,” said Laura Juliano, an American University psychology professor and caffeine researcher. “Some of this variability may be due to anxiety sensitivity, genetic differences, other drugs or medications — like oral contraceptives — as well as how much caffeine someone is used to having, causing tolerance.”

Some people may be consuming much more caffeine than they realise.Laura Juliano, an American University psychology professor and caffeine researcher

So why does coffee give you that jolt? In short, the caffeine binds to the receptors in your brain intended for adenosine. The latter is a chemical messenger that plays a role in a number of bodily processes, including sleep.

“Adenosine builds up in our brains during waking hours and causes us to feel sleepy and less alert,” Juliano said. “When caffeine blocks the receptors intended for adenosine, it causes us to feel more awake and alert.”

Caffeine is also thought to trigger the release of adrenaline — the fight-or-flight hormone — which could be contributing to those feelings of anxiousness.

How much caffeine is too much?

Guidance from the Food and Drug Administration says that up to 400 milligrams per day — equivalent to about four 8-ounce cups of home-brewed coffee — is unlikely to have dangerous negative effects on healthy adults. (The recommendation for pregnant individuals is lower.) But even consuming half that amount — 200 mg or more — has been shown to increase anxiety among those with anxiety disorders and others sensitive to caffeine, Juliano said.

A single serving of coffee can contain anywhere from 50 mg to 500 mg of caffeine. JAMIE GRILL VIA GETTY IMAGES

Unfortunately, many people don’t have an accurate sense of their daily caffeine intake.

“A serving of coffee can contain anywhere from 50 mg to 500 mg of caffeine, depending on the type of coffee beans, serving size, and brewing method,” Juliano said. A Starbucks venti Pike Place Roast coffee, for example, contains a whopping 410 mg of caffeine.

And, of course, coffee isn’t the only source of caffeine. Consider sodas, energy drinks, tea, chocolate and certain medications, like Excedrin Migraine. (You can find the caffeine content of some popular foods and beverages on the Center for Science in the Public Interest’s website).

“Some people may be consuming much more caffeine than they realize,” said Juliano.

How to tell if caffeine is increasing your anxiety

Not sure if your coffee habit is affecting your anxiety levels? Keep a diary to track your caffeine consumption and your anxiety symptoms, Sweeney suggested. Then see if any patterns emerge.

“For example, on a day when they felt particularly anxious or had more trouble sleeping, was that the same day they had an extra cup of coffee?” she said. “[You] could also tell whether the pattern of caffeine consumption relates to anxiety symptoms, such as whether having two cups one right after the other results in greater anxiety than two cups spread across the morning, or whether consuming caffeine later in the day coincides with greater trouble sleeping.”

How to cut back on caffeine

Experts recommend reducing your intake slowly over the course of two to three weeks. If you go cold turkey, you’re more likely to deal with unpleasant withdrawal symptoms like headaches, fatigue and mood disturbances.

“Caffeine withdrawal symptoms can be uncomfortable but usually go away within the first week of stopping,” Juliano noted.

It may also be useful to track your anxiety levels in a journal throughout the weaning process, Sweeney said.

Change up your coffee order.

Some may be surprised to learn that one shot of espresso actually contains less caffeine than one cup of drip coffee.

If you like tea, you’ll be glad to know that even caffeinated varieties — such as green tea or black tea — tend to have less caffeine per serving than brewed coffee. In an 8-ounce cup, green tea has about 25 mg of caffeine and black tea has about 50 mg, according to the Mayo Clinic. But again, caffeine content can vary based on the brewing time, temperature and other factors.

Supposing, however, you consumed the same amount of caffeine from coffee as you did from black tea, would the beverages have different effects on your anxiety levels? According to Juliano, there isn’t sufficient data to say.

“I am not aware of any research that has kept caffeine constant and compared reactions to coffee vs. tea,” she said. “Theoretically a dose of caffeine should have similar effects across different vehicles, but it is possible that other factors could interact with the effects of caffeine — including expectancy and other components of the beverage. It hasn’t been directly tested as far as I know.”

Decaf still contains some caffeine but much less than its caffeinated counterparts — usually less than 15 mg in an 8-ounce cup. By going the decaf route, you can enjoy your morning ritual without stoking your anxiety.

And herbal teas — such as chamomile, peppermint and ginger — are naturally free of caffeine. 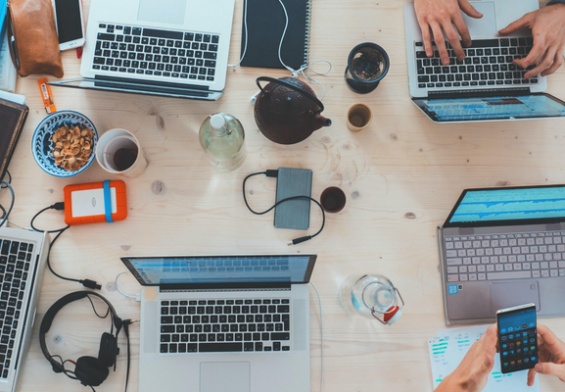 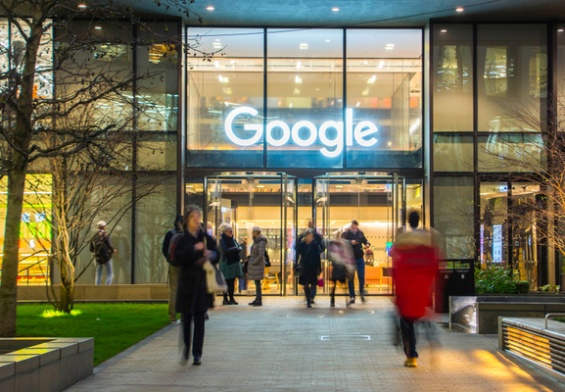