How to tell if your relationship with exercise is actually toxic

Photo by Bruno Nascimento on Unsplash

When we talk about diet culture and oppressive, unattainable body standards, the conversation often centers around food. But really, diet culture reaches far beyond what we eat. Obsessing about achieving or maintaining a certain body type can also wreak havoc on our relationships with exercise – and often, mainstream fitness culture often encourages this unhealthy mindset.

Because most fitness programs are built around the explicit or implicit promise of weight loss or “improved body composition” (which — eye roll — is code for fat loss), many people only think of exercise as a way to change or control the way their body looks.

That’s why it’s crucial to examine your relationship with exercise, determine if it’s unhealthy and, if it is, change the way you think about working out.

You’ve likely seen some of these in action, and you might even hold some as beliefs. The thing is, using exercise as a way to control your body isn’t actually healthy, nor is it possible for most people to achieve “ideal” bodies (thin, muscular, cisgendered, usually white) that toxic fitness culture promotes.

Certain exercise-related mental health issues are mentioned in the “Diagnostic and Statistical Manual of Mental Disorders” (DSM-5), usually in relation to eating disorders. Anorexia athletica is a disorder characterized by obligatory exercise, in which a person arranges their life around workouts and consistently pushes limits to maximize time spent exercising. Exercise bulimia is a disorder in which a person frequently binges and then compensates with long bouts of exercise.

But beyond these disorders is a huge grey area of exercise behavior that, while it might fly under the radar, isn’t mentally or physically healthy. Below are some questions to ask yourself if you suspect that your relationship with exercise might be unhealthy or disordered.

What would happen if I didn’t exercise for a week?

Preoccupation is one sign of an unhealthy relationship with exercise, said Sand Chang, a licensed psychologist based in Oakland, California. Making regular movement a habit is one thing, but constantly thinking about when your next workout will be is another.

Chang suggested asking yourself: “What would happen if I didn’t exercise for a week? A month? What feelings come up in even imagining this?” Going a week or two without exercise won’t negatively impact your health; if the idea of doing so makes you uncomfortable, it’s likely that your motivation for exercise isn’t actually healthy.

Am I flexible about when and how I exercise?

Kristy Fassio, a licensed mental health counselor based in Kent, Washington, looks for inflexibility as a sign of a disordered relationship with exercise.

“It becomes an issue when a day off can’t be taken without shame or a barrage of excuses, when rest is not prioritized, or when their physical health is actually in jeopardy because they have not taken enough rest,” Fassio said.

Scheduling workouts ahead of time might be necessary for some people, but being unable to move or cancel those workouts without shame is a problem. And, the “no days off” mindset isn’t good for mental or physical health — the amount of rest needed between workouts varies from person to person, but you should build rest days into your schedule and skip workouts if you’re too tired, stressed or sore.

Am I only exercising as a way to control my body?

Do you view exercise as a way to control the way your body looks, or as a way to stop it from changing?

“This is not a healthy mindset,” Chang said. “I encourage people to move their bodies in ways that feel joyful, not for the purposes of changing their bodies.”

That might sound ludicrous to you, since our culture often paints exercise as a “no pain, no gain” endeavor that requires serious discipline. But ask yourself what you actually hope to “gain” from an exercise routine you don’t enjoy. Even if your body does change in the short-term, long-term weight loss is nearly impossible. And changing the way your body looks likely won’t change your life the way fitness culture tells you it will.

“The root problem is body shame, and no amount of weight loss or ‘fitness’ will make that go away,” Chang said.

Do I only count certain types of movement as “exercise”?

We’ve been using the word “exercise” pretty liberally thus far, but it’s worth asking what exactly that word means to you. Usually, our society thinks of exercise as a form of movement with a goal attached. But really, any kind of movement is exercise.

“What if we disconnect movement from changing our bodies and use it for stress relief, having fun, stretching, getting out into nature, rehabilitating an injury, trying something new, even just connecting to our precious bodies?” Fassio said.

That’s not to say that all fitness goals are inherently bad. Maybe you want to get stronger for health reasons, or get faster because you truly love racing. But if your view of exercise is so narrow that only certain, more intense types of movement fit into it, try and expand your perspective.

Is exercise a form of stress relief for me, or is it another source of stress?

Movement is one way to relieve stress, but it shouldn’t be your only coping mechanism. While phrases like “running is my therapy” might be well intentioned and based in a little bit of truth, it’s worth repeating that running is not, in fact, therapy.

As Fassio and Chang have both explained above, being inflexible with how often you exercise or unwilling to take time off is a sign of a disordered relationship with exercise. And ultimately, this kind of thinking will add stress, not relieve it.

Does exercise even feel good?

Another question Chang recommended asking yourself: “How might exercise be motivated by an idea of what I’m supposed to be rather than what my body is actually telling me it needs?”

In other words: Are you engaging in a certain type of movement because you like it and it feels good, or are you only doing it because you think it’s “good exercise”? Exercise doesn’t need to be totally comfortable all the time — it’s OK to push yourself in ways that feel good to you — but there’s no reason to consistently engage in workouts you hate.

Many experts use the terms “mindful movement” or “joyful movement” to describe a relationship with exercise that centers your own needs instead of focusing on outside rules or restrictions. Figure out what types of movement you actually like (the answer will be different for everyone), and do those things only when it feels good.

The right therapist can help you work through your relationship with exercise and start shifting your mindset.

The truth is, only you can know whether your perspective on exercise is healthy or not.

“In my opinion, mindful movement is deeply connected to knowing what our body wants to do and what it needs to do,” Fassio said.

But while listening to your body is ultimately freeing and empowering, it can be tough to do when you’re used to pushing your body to its limits and ignoring your internal cues.

Finding a therapist who works from a weight inclusive or Health At Every Size perspective is a good starting point for beginning a mindful relationship with movement, Fassio said. The same goes for fitness instructors and personal trainers — if they’re going to be guiding your exercise practice, make sure their approach is empowering to you.

At the end of the day, you have autonomy over your own body and can decide what’s best for it. But if exercise is starting to create more problems than it solves for you, it might be time to ask yourself the tough questions and be prepared to change your thinking. 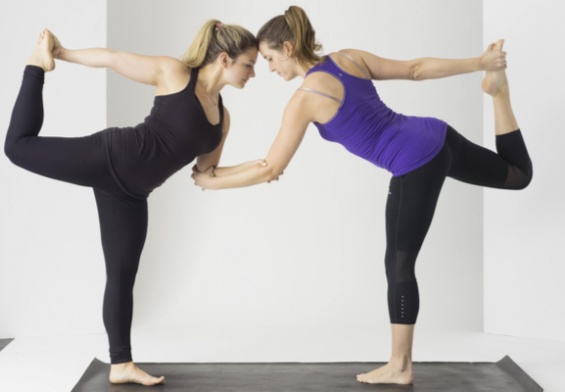 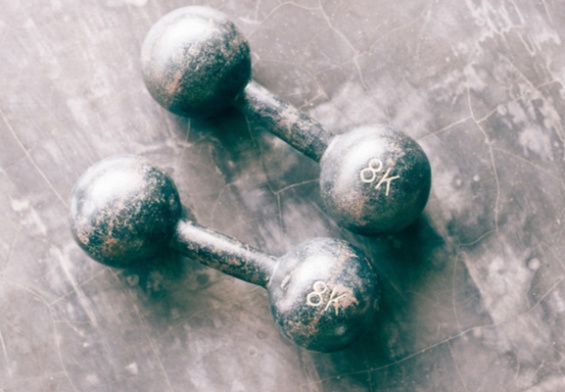