As of February 25, a total of 221.7 million doses of COVID-19 vaccine had been administered around the world. Well over one-third of these doses were in just two countries — the United States and the United Kingdom.

A study in mid-November analysed commitments to buy 7.48 billion doses of COVID-19 vaccines. Just over half will go to the 14% of the world’s population who live in high-income countries.

It’s estimated most high-income countries will achieve widespread vaccination coverage by the end of 2021. Most middle-income countries will not achieve this until mid- to late 2022, while the world’s poorest countries, including almost every country in Africa and some in our own Asia-Pacific region, will have to wait until 2023.

This inequality is clearly a moral outrage. But it is also a surefire way to perpetuate the pandemic’s devastating health, social and economic impacts on the whole world.

Why everyone benefits from vaccine equity

There are many reasons why rich countries should do all they can to ensure global vaccine equity — in which COVID-19 vaccines are distributed fairly to different populations, including people of different means and backgrounds.

First, there is the moral argument. Given the vaccines already exist, every day that goes on results in deaths we could have prevented.

Second, the longer it takes to eradicate the virus globally, the more it will mutate, possibly reducing the effectiveness of the vaccines. That would affect us all.

Third, as long as the virus is here, trade flows and global supply chains will be severely disrupted. Avoiding this is also in our own interests if we want to see foreign tourists and students return to our shores.

A recent study found high-income countries may bear 13-49% of global losses — which could be up to US$9 trillion — arising from an inequitable distribution of vaccines in 2021.

Finally, a prolonged pandemic might result in even more poverty, destabilising the already fragile livelihoods of millions of poor people in low- and middle-income countries. This, in turn, could result in conflict, undermining global political stability, which would affect us all.

1. The COVAX facility — but there are issues

Some middle-income countries and most low-income countries will be relying on the World Health Organization (WHO)-led COVAX facility, to which Australia contributes funding. This aims to administer two billion doses of vaccine, starting with health-care workers, in poorer countries by the end of 2021.

However, COVAX doses will cover only up to 20% of the population of each country. And COVAX supplies may be slow to arrive, especially if delays in the production and delivery to richer countries push back delivery dates for poorer ones.

For instance, Ghana, the first of 92 countries to receive vaccines through this initiative, only received its 600,000 doses last week.

Tedros Adhanom Ghebreyesus, director-general of the WHO, has said that rich countries’ approaches to manufacturers to secure more vaccine doses are undermining COVAX’s effort to achieve its goal of purchasing two billion doses of vaccines to administer during 2021.

2. Countries can produce their own vaccines

Low- and middle-income countries can also produce COVID-19 vaccines themselves, an option taken by nations including India, Thailand, Vietnam and Cuba.

The Serum Institute of India is one of the world’s largest manufacturers of vaccines and has a licence to produce the AstraZeneca vaccine, which the WHO has approved for emergency use.

The company recently announced it would manufacture vaccines for India before doses earmarked for the rest of the world, a move that may delay vaccine shipments to dozens of countries and hamper the firm’s plans to share its vaccine supply. India is also developing its own vaccine, from Bharat Biotech, which has been approved in India.

Cuba has four vaccines under development. The most promising in early trials is Soberana 2, which will start phase three clinical trials shortly. If successful, Cuba’s Finlay Institute plans to produce up to 100 million doses by the end of 2021.

In Thailand, two vaccines are under development by Chulalongkorn and Mahidol universities. Both are about to start human trials.

In Vietnam, Nanogen Pharmaceutical has received government go-ahead to start clinical trials of its vaccine Nanocovax. The company can produce two million doses a year but plans to increase that to 30 million doses in the next six months.

However, Russia and China have provided their own vaccines – Sputnik V and Sinopharm, respectively – to a number of low-income countries in Africa, the Middle East and Latin America.

What could Australia do?

Australia has agreements to purchase enough vaccines (Pfizer, AstraZeneca and Novavax) to inoculate its population many times over.

In addition to its pledge to COVAX, Australia could contribute to vaccine equity in our region in two ways.

First, once CSL ramps up domestic production of the AstraZeneca vaccine, we could provide a portion of doses to our close neighbours, including Pacific nations and Indonesia.

Once the Therapeutic Goods Administration approves the Novavax vaccine, which is likely to occur by the middle of the year, we could share our order of 51 million doses with poor countries in the Asia-Pacific region.

These doses could be provided either free or at heavily discounted prices. Deliveries should be made directly from the manufacturer rather than sending “leftovers” from Australia, which could lead to expired vaccines ending up in neighbouring countries.

This is no time for short-sighted vaccine nationalism. Encouragingly, Australia has signalled its intention to support the region.

But the projected two-year delay between vaccinating the world’s rich and the poor is both morally unacceptable and the biggest impediment to the world’s health and economic recovery. 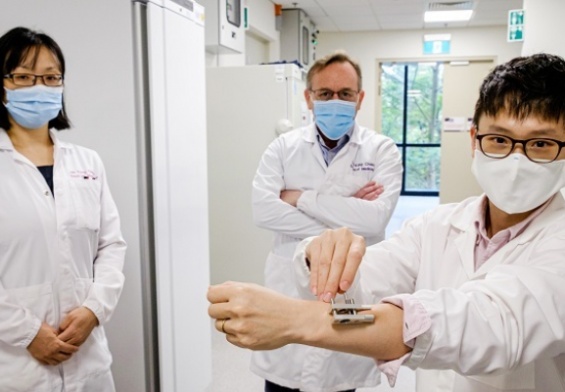 Magnets and a pinch of skin combine for slow, safe insulin delivery 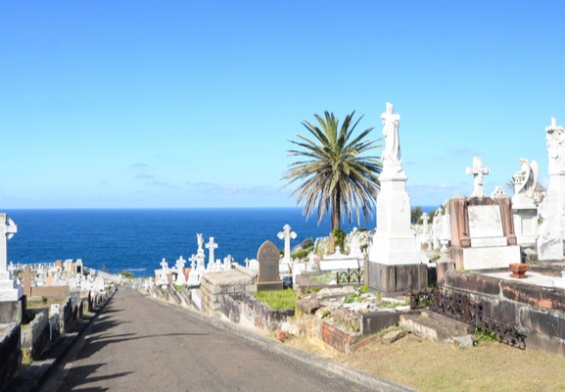 Visions of future cemeteries: 5 models and how Australians feel about them