Photo by Arturo Rey on Unsplash

There are many different reasons why someone would choose to operate a food truck.

Frank Rusitovski, director of the Australian Mobile Food Vendors Group, told Business Insider Australia it could be used as an entryway into the business world, a means to trial a product before working up to a brick-and-mortar store, or because someone enjoys working remotely rather than in a fixed location.

And then there’s the lifestyle. “Others just like the lifestyle of a food truck – working at events, being in the public eye and going from location to location,” he said.

“It’s great that there’s been a big push in the food truck space over the last few years and we’ve been able to attract some really good operators within the industry.”

While food trucks may be perceived as a cheaper option, Rusitovski warned that a lot of investment goes into getting one.

“People have a perception that it doesn’t cost too much to get a food truck,” Rusitovski said. “But some of the trucks around our roads these days are done quite well and do cost a fair bit of money.”

But like many other industries, the food truck sector has been affected by the coronavirus pandemic. In a pre-COVID world, Rusitovski said September was a popular month for weddings. Plus, it was the month would kickstart plenty of other events that would happen throughout spring, from local festivals and school fetes to more large scale spectacles like the Moto GP and AFL Grand Final.

With the pandemic came the cancellation of several music, sporting and entertainment events. Not to mention a number of people postponing their weddings and engagement ceremonies, which creates uncertainty for food truck vendors.

“There are so many other events that mean so much to these vendors,” Rusitovski said. “Particularly those smaller ones because these operators go to those events and they add up to the revenue for the year – and they’re not there. September provides a big gap to those operators.”

How food truck operators have pivoted during the pandemic

Andrea Paglialonga, owner of the food truck Caminito, has been operating the business for the past two years. His truck has served customers at Bathurst racing events and Sydney’s Randwick Racecourse. Wince the pandemic hit, he has switched to operating at breweries.

Paglialonga has lined up an opportunity later this year to have his food truck at the Bathurst 1000, but said it hinges on the council deciding whether or not to open the event for spectators.

“They told me if you find a job, take it, don’t wait for this,” he said, in case the event doesn’t go ahead.

While Paglialonga had not considered using food delivery apps before the pandemic, he has since signed on to Uber Eats and is getting set up on Menulog too. But he mentioned some of the setbacks with using such apps, including the commission and the challenge of not having a set location.

“Uber Eats and Menulog for one food truck is not very easy because you move,” he said. “If you are stable like a restaurant it’s easy [to get customers].”

Nonetheless, Paglialonga said he was happy that he was still be able to earn money from the jobs he got.

“After my second event, COVID hit and I couldn’t do anything anymore,” Benyamin said.

It was a quick change after having worked at events where around 3000 people turned up. And while some events are starting to come back, COVID restrictions have had an impact on customer numbers.

“Those events have started again but obviously it’ll never be the same due to people being more cautious, scared to go out [and limits on] people in certain places,” he said. “So unfortunately that slowed down things for us.”

Grilled N Loaded has also signed on to food delivery platforms and opted to do regional pop-ups.

Opening a drive through

Knafeh, which has operations in Sydney and Melbourne, serves customers out of a shipping container converted into a bakery. For its Sydney-based business, it also opened a drive-through option.

“That’s been going really well,” Ameer El-Issa, founder and creative director told Business Insider Australia. “I never thought that we would ever do something like this.”

The “beautiful thing” about having a drive-through option, El-Issa said, is that customers don’t have to come out of their cars while the company is still able to stay true to what it does.

“We’re still creating an experience [for] people,” he said. “They’re pulling up and we’re dancing in front of the car and we still get to be who we are. We’ve realised now that there’s big gap in the market, no’s one ever created a drive-through with an experience.”

Knafeh’s Melbourne-based business has an online option, where customers can do pickups from different locations.

Opening a food truck business in the middle of a pandemic

Blair Cooper and his wife Simone run the O’Crumbs food truck in Queensland, which only launched in July this year. It was a new change for Blair, who had been working offsite in the oil and gas sector for 12 years.

While the couple hadn’t owned a food business before, Blair has been cooking for around 21 years. He had been a head chef in restaurants in Perth and worked as the chief cook in the oil and gas industry.

“Going over West wasn’t really an option for us anymore because they expect you to be away for three to four months and Simon’s pregnant and we’ve got two little kids,” he told Business Insider Australia.

The idea of owning a food truck came during a walk, with Blair noticing his neighbour – who he had never met – had a big black and orange food truck sitting in his driveway. “I said to him, ‘Man, I like your truck’ and he asked me if I wanted it.”

Once the couple got the food truck, they hit the ground running.

“I said no to a possible job down in the Bass Strait on a vessel and put the truck in my driveway on the Wednesday and had my first gig with the food truck on the Friday night,” Blair said.

It’s been paying off. “We are so busy, it’s not funny,” he added. “There’s always something you can go and do.”

On Tuesday, the couple were even asked to have their food truck involved in a charity event called Tahnee’s Army which raises money for Lymphoma Australia. And they donated 10% of their proceedings to the cause.

“We did better than any Tuesday when we weren’t working,” Blair said.

“Things are going well, we’ve done a couple of private catering gigs at breweries while also catering to the masses that they did have there,” Blair said. “That was a father’s day gig. It was unreal, we sold over 50 kilos of chips in three hours and had to turn people away from chips.

“It’s hard trying to tell someone that you don’t have chips and have them get upset and say it’s not good enough when you’re only a truck, you can only carry as much as you can carry.”

Blair also highlighted the uncertainty for food vendors when it comes to events. O’Crumbs was one of the food trucks selected for a netball event in Maroochydore at the end of September but the couple said the organisers aren’t giving any guarantees.

But it will still mean they’ll have to book everything needed for five days, from a cool room to accommodation to staff.

“It’s a big [logistical and financial outlay] to hopefully get a great result that we can reinvest back into the business and start doing more and feeling more comfortable moving forward into these busier hospitality months,” Blair said.

He added that food trucks can fulfil a “grey area” for businesses that are no longer able to have big company gatherings and can instead bring the food to the people.

‘People are just wanting to go out’

Simone sees an eagerness among people to go outside while still adhering to COVID-safe rules.

“I think people are just wanting to go out,” she said. “That’s what’s happening now. We live in Queensland so we’re extremely lucky that we are at a point where we are at and people are taking advantage of that and going, ‘I don’t want to sit at home anymore’.”

More broadly, Rusitovski believes both the events and food truck industries need to rally and support each other.

“Without the entertainment and events industry, food trucks haven’t got a reason to go to those locations,” he said.

He calls for a kind of survival guide for the food truck industry to identify how it can get through the pandemic and start scheduling events.

“If this doesn’t happen very soon, I’m saying within weeks, the likelihood of events taking place in November, December, even into early next year, is very slim,” Rusitovski said.

“These event organisers need time to plan and so do trucks. They need to organise their rosters and functions and plan weeks in advance before they can ensure that they’re prepared for that particular event.”

He believes discussions need to be had on what a COVID-safe event could look like.

“It’s an opportunity in so many ways to be creative and allow these businesses to survive.” 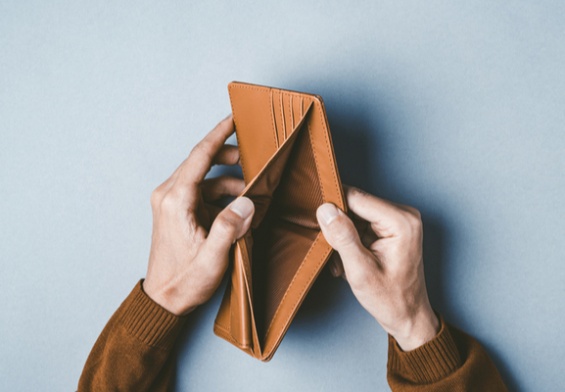 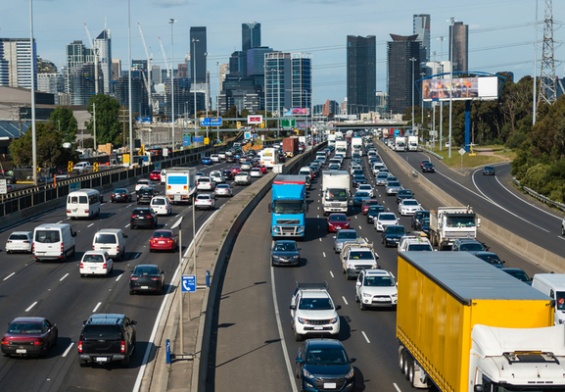