‘The ATO can get stuffed’: Meet the Australians using their super to get onto the property ladder

Photo by Sandy Millar on Unsplash

Having long-been priced out of the market, many young Australians are beginning to dip into their retirement savings in an effort to buy a home.

While Australia’s affordability crisis is nothing new, the federal government’s early access super scheme has offered an unconventional way for them to get a foot on the ladder. Allowing individuals to get a hold of $20,000 of their retirement savings, the scheme is being used by many to cobble together a home deposit.

“When I found out that I could access that money and put it towards my future now, I went for it,” Matt, 26, told Business Insider Australia.

Both he and his partner took out $10,000 each at the end of this financial year, despite the fact neither actually met the eligibility criteria.

Both were approved by the Australian Taxation Office (ATO) – which greenlit many such applications without actually confirming they qualified, instead promising to audit them come tax time. Equipped with the extra savings, the young couple began applying for mortgages but found little luck.

“Since getting the money and going down countless avenues to sort out finance, we have found that no financial institutions want to touch us because of ‘financial hardship’,” Matt said.

“My loan advisor exhausted every avenue he could to try to get us finance, [including] the big four and many smaller financial institutions but no one would go near an applicant that has taken super out.”

Mortgage brokers have told Business Insider Australia this experience is a common one, with lenders almost universally reticent to lend hundreds of thousands of dollars to people who have essentially just declared themselves insolvent.

The irony isn’t lost on applicants like Matt. Having knowingly broken the rules in a desperate bid to own a home, they’ve found they can’t get a loan anyway. For now, at least.

Matt intends to wait three months, on the assumption the money will then be considered “genuine savings” in the eyes of lenders.

Some such applicants are “getting through”, Mortgage Choice franchisee Caroline Jean-Baptiste told Business Insider Australia, with some lenders happy to focus on the serviceability of otherwise good borrowers.

It certainly doesn’t seem like the regulator has a problem with it. An ASIC spokesperson confirmed that despite the grey area the scheme has opened up, responsible lending laws wouldn’t strictly prevent it.

Matt for one says he is happy to wait a little longer.

“At least three months will give me more time to see what the market is going to do. Some say it will plummet, others say it will drop slightly,” he said. “The consensus still seems to be that the market will come down, just a matter of how much and when.”

While the ATO is talking tough on the penalties it has planned for ineligible applicants like Matt, it’s doing little to scare them off.

Sam, 28, is a body corporate manager. Frustrated at being priced out of the Melbourne property market, he’s getting ready to follow Matt’s lead.

“If property prices are going to be so ridiculously high in this country then I don’t blame every single Aussie for accessing 20K of their super to put towards a house,” he told Business Insider Australia.

Living in a suburb where the median house price is $1.9 million, he says he’s not surprised people are exploiting the scheme, as a severe lack of affordability leaves some people with few other choices.

“I’ll do everything I can including withdrawing my super to help at least pretend I’m going to get there eventually.

By withdrawing $20,000 in super he figures he’s saving himself from having to go through two years of hard work “just getting by”.

Sam knows that even with that leg up he won’t be able to buy his dream house anytime soon. Instead, he’s looking south towards Frankston, an outer suburb on the Melbourne fringe where he thinks he might be able to buy something for around $550,000.

The fact that he might have to wait three months doesn’t faze him, but he’s indignant at the thought he could be penalised.

“Who gives a shit what Aussies do with their super money? It’s your money so no one including the greedy ATO should have any care about what I do with my own superannuation which I worked for,” he said, adding the tax office can “get stuffed” if it did.

“This government let house prices go through the roof with negative gearing so they can deal with the consequences of first home buyers doing whatever [they] can to get in[to] the market.”

Australians should think twice about buying a home with super

Clearly $12,000 fines might not be enough to frighten would-be home buyers. But those looking to buy a home with their superannuation money should consider whether it’s truly in their best interests.

Financial planner Adele Martin has had plenty of clients ask her about doing it and remains circumspect on the idea.

“I understand why people would want to use it to buy a house but they really have to ask themselves what they’re losing by doing so,” Martin said.

“Yes, homeownership and having a roof over your head is great but how much is it costing you?”

While Martin says she has no problem with the people using it in this way, she wants them to understand the trade-off.

With the first tranche of withdrawals coming after COVID-19 had rattled stock markets and economic forecasts, many may have taken their money out at a significant loss. At least half a million have left themselves with nothing for retirement.

“By withdrawing it, you’re locking in those losses today and it means that money is never going to have a chance to recover,” Martin said.

In her experience, it’s mostly a younger generation – like Matt and Sam – who are considering taking the leap.

“It’s interesting that this early access scheme has been more popular than the government’s First Home Super Saver Scheme,” she said.

Under that particularly complex scheme, applicants can effectively use the superannuation system to maximise the tax efficiency of their savings. It’s perhaps unsurprising though that prospect is less enticing than simply getting the money, with basically no questions asked.

But while homeownership is an appealing prospect, Martin said it’s not as simple as just getting a deposit together, with mortgage applicants needing to prove they are can make repayments.

She suggests applicants consider all the government schemes on offer as well as other options such as using their parents as guarantors before they simply spend their super.

For some, that boat has already sailed.

Disclaimer: This article contains general information only and is not intended to be used as personal advice. 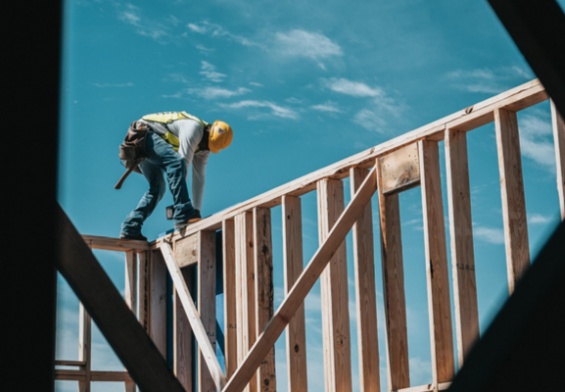 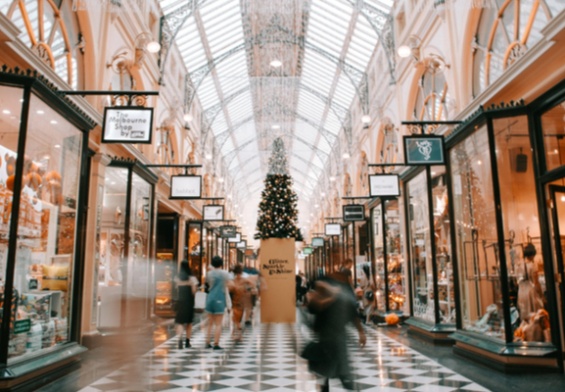 Australian retailers just had their worst ever month, with the ‘unprecedented’ fallout far from over