Australia has dug itself into a hole in its relationship with China. It’s time to find a way out

In diplomacy, as in life, if you find yourself in a hole it is better to stop digging.

Prime Minister Scott Morrison has excavated a diplomatic cavity for himself and his country as a consequence of an unwise intervention in the debate about China’s responsibility for a coronavirus pandemic.

After a phone call with US President Donald Trump on April 22, during which the two leaders discussed China’s responsibility for the contagion, Morrison took it upon himself to push forward with an Australian coordinating role for an independent international inquiry into the origins of the pandemic.

Morrison wrote to world leaders offering Australia as a coordinator for an investigation of how the contagion came about. This would include examining the role of the China-sympathetic World Health Organisation in managing its spread.

Why Morrison decided to pursue such an intervention immediately after a call to the White House remains a mystery. In the annals of Australian diplomacy, this may well go down as one of the more questionable forays into international diplomacy.

One would have to go back to Robert Menzies’s vainglorious efforts on behalf of Australia’s imperial masters to mediate the Suez Crisis in 1956 to find an apt parallel.

More than half a century later, another Australian prime minister has fumbled his way into a contentious international dispute. The issue is to what extent China should be held responsible for its mismanagement of the early stages of the pandemic.

This is an open question, which an independent international panel should investigate. China should not be let off the hook.

But the question remains: what possessed Morrison to project Australia into a lead role in holding China to account? Why did he find it necessary to leave an impression that Canberra was doing Washington’s bidding in doing so?

When Menzies made his inept foray into the Suez crisis, Australia had virtually nothing to lose commercially by intervening beyond concerns about a canal lifeline between the Red Sea and the Mediterranean.

But Canberra has much at stake in this latest diplomatic imbroglio. Unwisely, it has enabled Beijing go after an American ally vulnerable to economic blackmail due to Australia’s dependence on China trade.

All this calls into question the quality of Morrison’s China advice. In Canberra, it is an open secret that the moderating influences of the Department of Foreign and Trade have been sidelined.

Lack of authority in the China-policy space is attributable partly to an unsteady approach by Morrison, and partly to a void in which the authority of Foreign Minister Marise Payne is barely visible.

No reasonable observer pretends that dealing with a surging and ruthless power in our region is anything but complex. This complexity requires a level of subtlety and firmness that has been absent from Australian policy-making towards China since the Malcolm Turnbull era.

In his legitimate championing of foreign interference legislation, Turnbull found himself in thrall to a hyperactive national security establishment and its hawkish anti-China posture.

As a consequence, he overreached in his declaration on three separate occasions Australia would “stand up” against foreign interference. This was a barely disguised – and highly provocative – reference to China.

No Australian prime minister has visited China since 2016.

In one of the more significant interventions in a vexed China debate, the influence of a security establishment was called out at the weekend by Dennis Richardson, a former director of the Australian Security Intelligence Organisation and head of both the Defence Department and DFAT, as well as a former ambassador to Washington.

Giving voice to widespread concerns about the pervasive influence of such an establishment inside and outside the bureaucracy, Richardson said:

If you’re going to shut the gate in respect of China, well, that’s fine provided we are prepared to accept that puts at risk more than $100 billion of exports that will impact on living standards of Australians. This is the problem when you try to wrap the totality of government under the umbrella of national security.

Australia depends on China for one-third of its merchandise and services exports.

In the wake of Morrison’s diplomatic intervention, it did not take long for Beijing to exact crude penalties on an Australian government that had overreached.

China’s anti-dumping action against barley exporters has put in jeopardy trade worth about A$600 million a year. Its resort to technicalities to exclude meat shipments from four abattoirs has unnerved an entire industry.

Read more: China might well refuse to take our barley, and there would be little we could do

Agricultural exporters are bracing themselves for further action. Australia’s lucrative dairy trade is vulnerable. Wine shipments are at risk. Wool sales might also be jeopardised.

China will have a long list of potential targets.

This includes thermal coal shipments. These were subjected last year to delays in coal carriers offloading cargo in the northern port of Dalian. Thermal coal from Indonesia and Russia was given preference.

At the time, it was assumed China was inflicting pain on the thermal coal industry in retaliation for Australia’s lobbying of its Five Eyes partners to exclude the Chinese telecommunications giant, Huawei, from a build-out of their 5G networks.

It is hard to exaggerate Beijing’s irritation over the Huawei intervention.

So what should the Morrison government do here that would be constructive diplomacy?

First, government officials need to get beyond a mindset that simplistically references Chinese bullying, as if this is a sufficient response to threats to Australia’s economic well-being.

The pressing question remains: how does Australia deal with a regional behemoth that seeks to bend a global rules-based order in its favour?

This is the reality we have to live with.

Morrison could do worse in the present situation than reset a clear policy towards China that defines Australia’s own interests in its own region.

He should restate words he used in an Asialink speech early in his tenure. He said:

[…] the government is fully aware of the complexity that is involved in our region and the challenges we face in the future […] And we are careful as a government to ensure that we don’t seek to make them any more complex than they need to be.

Morrison should have listened to his own advice.

He might consider writing personally to China’s President Xi Jinping along these lines. He needs to ignore those in his immediate circle and on a cacophonous backbench who would argue relations with China are a zero-sum game.

They are not. There needs to be give and take. This is not yielding to Chinese bullying. This is common sense.

Common sense should put a dampener on a belief that, at the wave of a wand, “supply chains” linking Australia and China can be remodelled. This sort of naïve view loses sight of the fact that, for as long as it is possible to foresee, bulk commodities will form the staple of the trading relationship.

Given this, Morrison would be advised to cease acting like a global traffic cop in efforts to hold China to account for the coronavirus pandemic.

What Australia should be doing – and should have done in the first place – is support international efforts to bring about an inquiry. It will have early opportunity next week when the World Health Assembly considers a European Commission resolution along those lines.

Morrison needs to pay less attention to a China-obsessed national security establishment and give more credence to advisers who actually know something about China. Most importantly, he should stop digging. 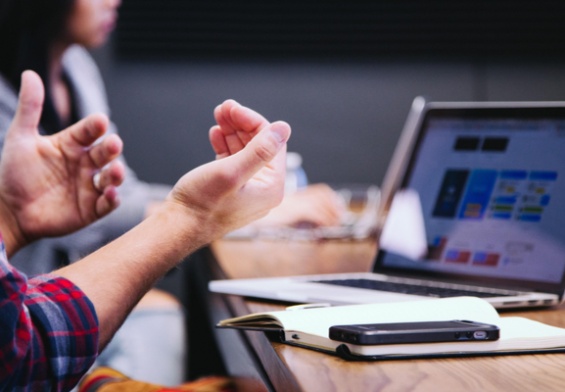 Informal feedback: we crave it more than ever, and don’t care who it’s from 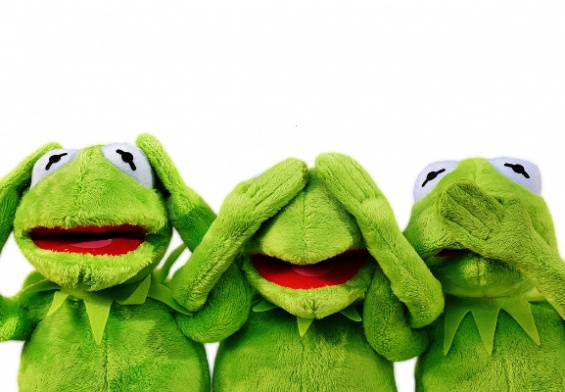